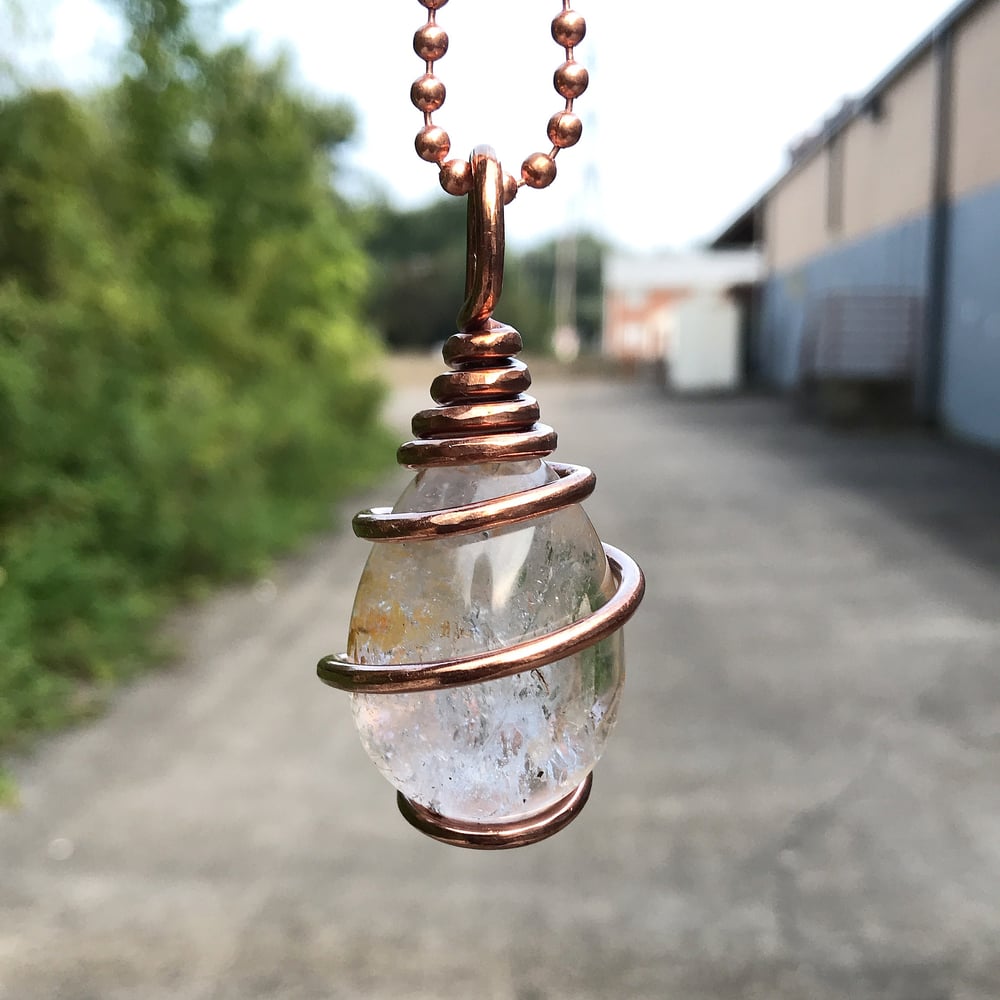 |Quartz Crystal (Egg)|
|Solid Copper|
|10 Gauge Thick ⭕ 3.57mm|
|Handcrafted|NOT MADE IN CHINA|
|No machine duplicates|
➖
|Natural Technology|Crystal Technology|
|Subconscious Programming Deflectors|
|Biofield Protection|Alchemy Tools|
Each piece made specifically for you
➖
Every Crystal is Unique! You'll Receive One Similar to the Photographs pictured above.
➖
Quartz is a cosmic key to your crown chakra
Quartz are Piezoelectric Crystals.
Piezoelectric Effect is the ability of certain materials to generate an electric charge in response to applied mechanical stress (I.e resin)
Put under pressure by resin produces a steady vibrating signal (electric field)
Quartz is beneficial for raising your frequency.
Frequency determination of Quartz is primarily determined by the cut. The cut changes its frequency or rate of vibrations.
Not only clear in appearance, Clear Quartz also possesses a certain clarity in its ability as a stone. This clarity is seen in its skill to be "programmed" by its holders' focused intention to help achieve their desired goal. This makes Clear Quartz a stone that is very in tune with the mind, holding the ability to align its objective with an individual's thoughts. This also makes Clear Quartz very useful in meditation, as one can sit with the stone, visualize a desired outcome, and channel those thoughts into the Quartz. Because of this, Clear Quartz is also known to bring spiritual awareness to their possessors.
Clear Quartz is known to amplify all energies of other stones, as it resonates with all Chakras. This makes it an ideal 'base' stone used to clear and cleanse an individuals' personal energies. Also known as a "Rock Crystal", Clear Quartz is one of the most abundant minerals found on Earth.
Quartz Crystal contains every color and works on multidimensional levels of being.
Quartz crystals generate electromagnetism and dispel static electricity.
It is an extremely powerful healing and energy amplifier.